Our paper toy 'Otaku-san' has recently returned from his inaugural pilgrimage to his cultural home, Japan.

Otaku-san on tour in Japan

Our paper toy 'Otaku-san' has recently returned from his inaugural pilgrimage to his cultural home, Japan. 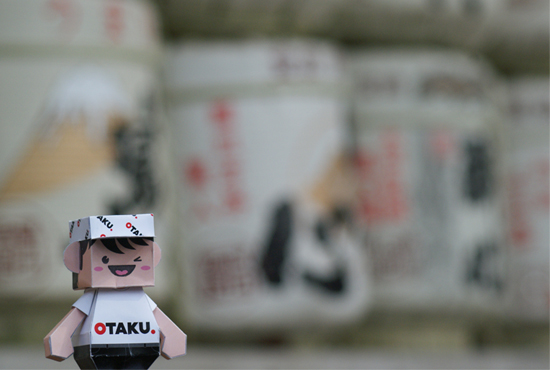 Otaku-san and the Sake barrels at Meiji Shrine, Tokyo 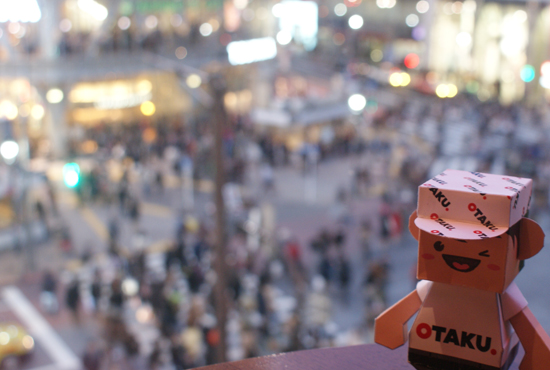 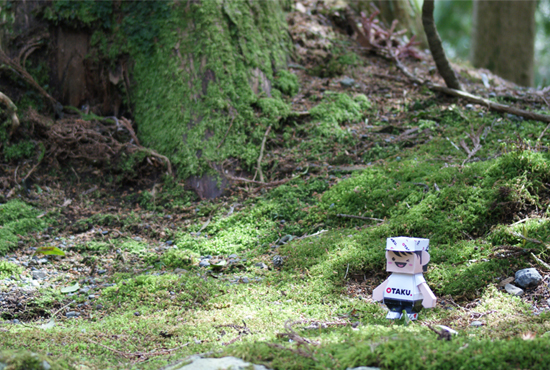 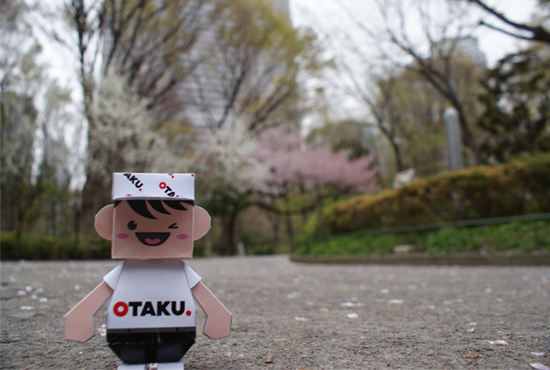 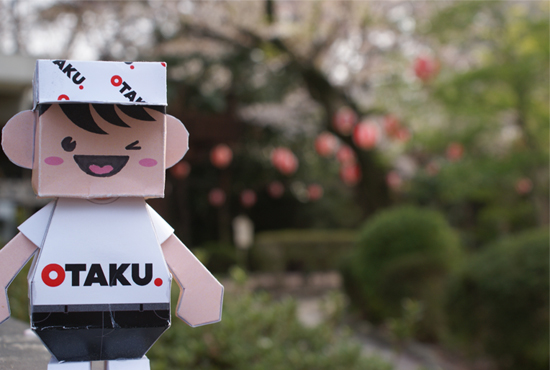 Otaku-san with the lanterns at Nagoya Castle, Nagoya 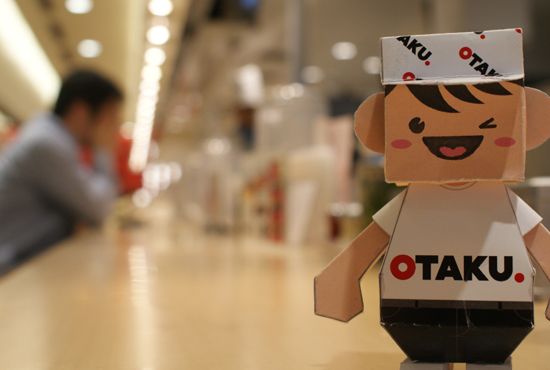 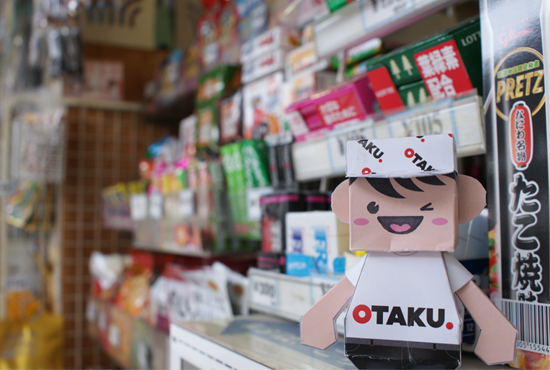 Otaku-san at a magazine stand, Hiroshima 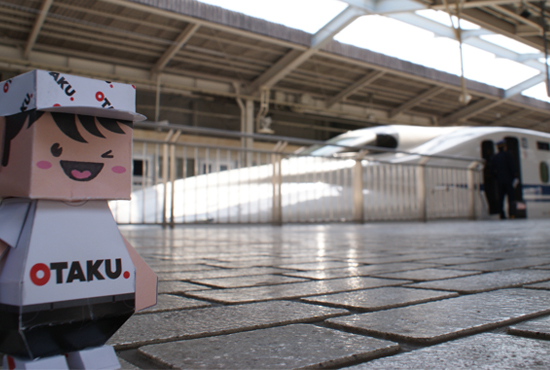 For a while now we have enjoyed the humourous presence in the studio of our paper toy 'Otaku-san' - you will have seen him around the place on the web also. Otaku-san ('san' meaning Mr) has become our brand mascot - recently he had a 3 week trip to his 'cultural home', Japan.

Let's start with some background on the term Otaku. Wikipedia tells -

In modern Japanese slang, the term otaku is most often equivalent to "geek". However, it can relate to a fan of any particular theme, topic, hobby or any form of entertainment. The term otaku can be applied to both males and females. For example, Reki-jo are female otaku interested in Japanese history.

While the word is used abroad to mean a fan of anime and manga who enjoys the anime culture, In Japan, the word can be looked down upon as a term for a person with any obsessive interest (not confined to anime and manga) in particular some cases reaching extreme levels such as men falling in love with Dakimakura (Body Pillows).

"When these people are referred to as otaku, they are judged for their behaviors - and people suddenly see an “otaku” as a person unable to relate to reality

In English, the term is a loanword from the Japanese language. It is typically used to refer to an obsessive fan of anime/manga, video games, and/or Japanese culture in general. The term serves as a label similar to Trekkie or fanboy.

The term was popularized by William Gibson's 1996 novel Idoru, which has several references to otaku - 'The otaku, the passionate obsessive, the information age's embodiment of the connoisseur, more concerned with the accumulation of data than of objects, seems a natural crossover figure in today's interface of Western and Japanese cultures. I see it in the eyes of the Portobello dealers, and in the eyes of the Japanese collectors: a perfectly calm train-spotter frenzy, murderous and sublime.'

Take the above with a grain of salt - although we are self confessed design geeks, we are not 'unable to relate to reality'.

It seemed fitting that Otaku-san should visit Japan and below are a few images taken during the trip which started in Tokyo, and ventured west through Hakone (Mt Fuji), Takayama, Nagoya, Osaka and Hiroshima to name a few.

If you liked this article you can share it here

More from the blog